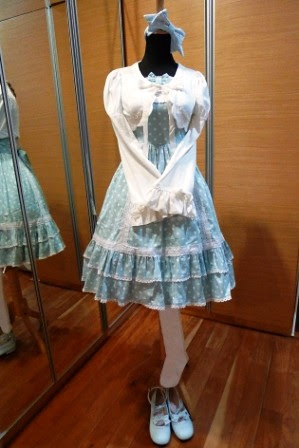 Bodyline Blue Sweet Lolita Outfit, a photo by shira.C on Flickr.
I've posted this outfit before, but here it is on a mannequin :)